We’ve released one helluva bitchy brew with the musical legend herself, Abbe May.

Inspired by Abbe’s love for traditional, fire made tequila and all the citrusy botanical found within it; Bitchcraft is a slightly salty style ale, packed with a whopping 10kg of fresh lime juice and zest.

The beer was formally launched last Friday, and will be the unofficial Perth Festival brew of choice, as we are lucky enough to be their exclusive craft beer partners for the 2018 season.

So we put our heads together to come up with something a little bit salty… like a gose… but more sessional, which resulted in a reduction of salt and different yeast strain, to create a Summer-y Ale that is bright in colour and easily smashable out of a shitty plastic festival cup. Oh and we chucked some pink grapefruit in too.

The name came easily, as the second track on Abbe’s new album Fruit, is titled ‘Bitchcraft’. She wanted to call the entire album Bitchcraft, but her management team overruled her, so we figured we’d do the honours and name a beer after it instead. 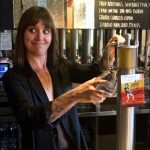 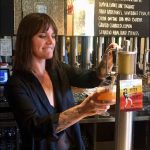 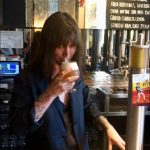 Runt is in Can!

See all news and events